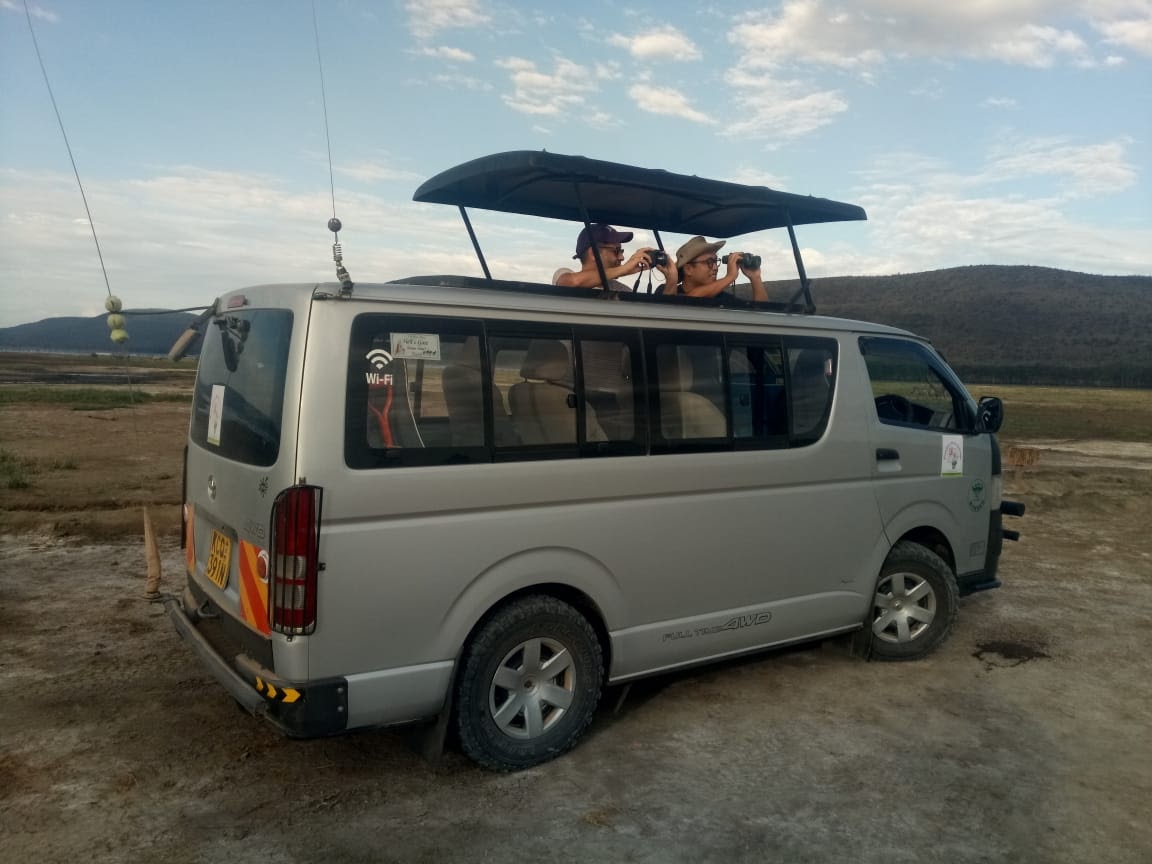 You can choose to go on any of the above game drive day trips from Nairobi NBO airport if your time allows. Most of the roads are paved and the furthest park is Masai Mara at 280km and 5 hours away from NBO airport.

Explore Nairobi national park in a 4hr game drive from the NBO airport and see the most of the big five animals. A visit to Nairobi national park can be either in the morning or the afternoon. You are able to decide which option suits you depending on your arrival and departure flight times. The good thing is that the park is just 3km from the terminal using the east gate, right on the highway to the airport. This park is only 117sqkm and only takes you 4hrs to complete a game drive. The main keystone animals to see here include the rhinos, lions, buffalos, leopards and giraffes. Other animals include crocodiles, hippos, zebra, wildebeests, elands, baboons, hyenas, hartebeests, jackals, gazelles, impalas among others. You cannot imagine you can be lost in the wilderness only a few minutes from the NBO international terminal.

Masai mara game drive from Nairobi airport. You can only do this tour from the airport if you have more than 16hrs layover at NBO airport, and your flight arrives at 0500hrs and your second flight departs at 2300hrs. The drive one way to Masai Mara is 5 hours and the tour departs at 5:00am from Nairobi. This tour is mostly unavailable from NBO airport due to the many hours needed to complete it. However, if you have a full day to spare in Nairobi, then this is your best game drive safari you can hope for. Masai Mara is a 1500sqkm game reserve North West of Nairobi and on the border with Tanzania. The park is home to over 3 million animals and has the highest concentration of big cat predators. This makes Masai Mara game reserve the only place you have a guarantee to see all the big five animals in a single day. The wildlife abundance in Masai Mara and the generally expansive savannah grasslands make for a dramatic theatre for game drives. It is here that you will see wildlife to no end. It is only in Mara that your thirst to see all the wild animals of Africa will be met and quenched, even in a day trip. The tour starts at 0500 and returns back to Nairobi at 1830hrs having completed 6hrs of very exciting game drive.

Amboseli is also some huge distance from Nairobi and unless your flight is early, you won’t get the time to complete this tour. For people that have more than a full day in Nairobi however, you can dedicate a whole day to travel and watch wildlife in Amboseli national park game drive. Your visit to Amboseli starts at 0500hrs and drives south west on A1 up to Emali and detours right on Oloitoktok road. Another hour and a half will get you to Amboseli national park Irimito gate. The most interesting things to see in Amboseli will be the hundreds of elephants that don’t seem to mind vehicles around them. There are over 1500 elephants in Amboseli. In an area of 392sqm km and only about 50sqkm is frequented by animals, that elephant population size quickly becomes very humbling. There are so many elephants in Amboseli that you will them at every turn especially at the evergreen swamps at the middle of the park. You will also marvel at the most majestic views of Mt Kilimanjaro with its sow covered peak kibo. Here, you can take hundreds of pictures of wildlife against the back drop of the snowcapped Mount Kilimanjaro. There are no rhinos in Amboseli but you will be able to see most of the other big five animals and many others. The best time to visit Amboseli is from December to March when all the wildebeest have calved and the park is awash with brown coloured fawns. The predators and hyenas are always close in town in this time of plenty.

Explore Nakuru national park game drive from NBO if you have an early flight in and a late flight out of Nairobi. This park is only 160km North West of Nairobi and is therefore easier to get to. With the latest departure time from Nairobi at 0800, you can be picked from the airport and get to Nakuru by 1100. You will do a 4 hr game drive and be dropped back at the airport by 1900hrs. Nakuru is a small park at 177sq km and a game drive in the park takes about 4 to 5 hrs to complete. Nakuru is a bird sanctuary and has been home to over 2 million pink flamingos which you can watch on the lake shore. You are allowed to disembark from the car at certain places and walk to the shore.  Some of the most interesting animals to watch here include the tree-climbing lions. It’s still a matter of speculation as to the reason why only lions from Nakuru like to climb trees. The rhinos love to keep next to the roads and you can almost touch one. Leopards can also be seen lazing in the acacia trees or escorting you on the game drive tracks in the park. There are also giraffes, buffalos, hyenas, klipspringer, impalas, pythons, baboons, hippos and many more animals to see. One of the most amazing sightings if the stripped hyena.

Located some 175km north of Nairobi, the Aberdare a national park is a mountain park in central Kenya. This park is renowned for its scenic beauty as opposed to its wildlife. Some alpine areas of Aberdare national park resemble the Scottish highlands with moss draped tree stems and misty or foggy hillsides. The grassy moorland resembles the meadows of England and has some of the most clean and cool rivers. You can decide to do a day trip from NBO and do a game drive here to see the elephants, buffalos, leopards, duikers, waterbucks and bushbucks among many others. Aberdare national park is however best suited for an overnight stay at the salient region to see the wildlife at the waterholes at night including rhinos, leopards and elephants. The best places to stay in Aberdare national park include the Ark and the treetops lodges. Most of the luggage is left in the base hotels in Nyeri as the park lodges are built on stilts and have a strict limitation on weight. They also have a wakeup call service at night whenever an important animal is sighted at the artificially lighted waterhole at night.

Book a day tour from Nairobi NBO airport from Robert, send us a whatsapp message +254722661827 or email info@sojournsafaris.co.ke 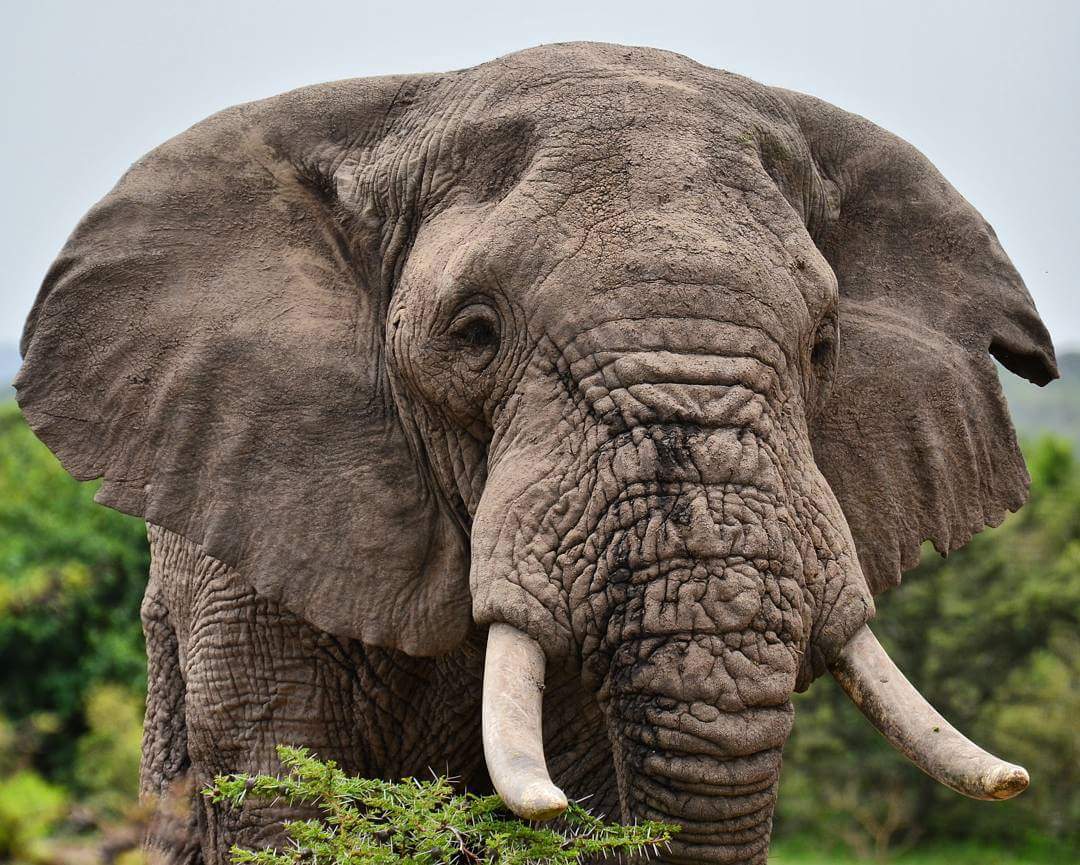 You will marvel at the hundreds of elephants that you can see in Amboseli especially near the ever green swamps. Some interesting moments may happen during your amboseli national park day trip. You will be taken hostage by groups of wild elephants as they cross the road. You can be at some times 30 elephants deep but these are gentle giants and you will be perfectly safe as they are used to safari vehicles. You are so close to them you can see their amber coloured eyes and the small hairs on their skin. The elephants are the biggest attraction for most people going on an amboseli national park day trip.

2. Hike up the Amboseli Observation hill.

At some point in your amboseli national park day trip, you will visit the observation hill where you can hike up to see Amboseli from a vantage point. From here you will watch the whole of the park and see the hippos below, the elephants drinking from the water well and many other animals below. This attraction is the climax of your amboseli day trip.

You can take a drive through the dry lake bed of Lake Amboseli in the dry season. The lake bed is an expansive plain of white caked earth which at times produces mirages of simmering water at the horizons. The lake is however in accessible during the rainy season. Lake amboseli is a big attraction in both the wet season when flamingos are in plenty and the dry season when you can drive for miles on the dry lake bed. Its a must see in your next amboseli national park day trip safari from Nairobi.

You will take a 4 or 5 hours game drive in Amboseli to see the rest of the animals including hippos, giraffes, baboons, gazelles, jackals, impalas, elands, zebras, wildebeests, hyenas among others. Among the big five animals, only the rhino is not available in Amboseli national park. January to march is the best time to see hundreds of baby wildebeests as its their breeding months. You also see a lot of big cat predators and hyenas during this time. It’s the best time to go on an Amboseli national park day trip from Nairobi.

When you get to Amboseli early enough, you will be able to view the ice capped peak kibo standing at 5985m asl. This is the highest point in Africa and at that point you are watching the roof of Africa. You can take hundreds of pictures of the animals with the back ground of Mt. Kilimanjaro which makes an authentic African safari experience. Most visitors on an amboseli national park day trip are usually attracted to see the highest point in africa.

You will have a chance to enjoy a sumptuous buffet lunch from any lodge in Amboseli during your game drive. The buffet lunch is as experience in itself with fresh foods and very tasty African and continental dishes to sample. You will be spoilt for choices in this eat as you can lunch. The buffet lunch in any of the amboseli lodges is a big attraction in your amboseli national park day trip activities.