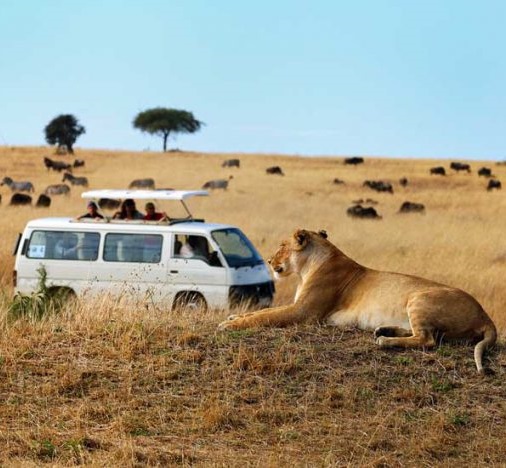 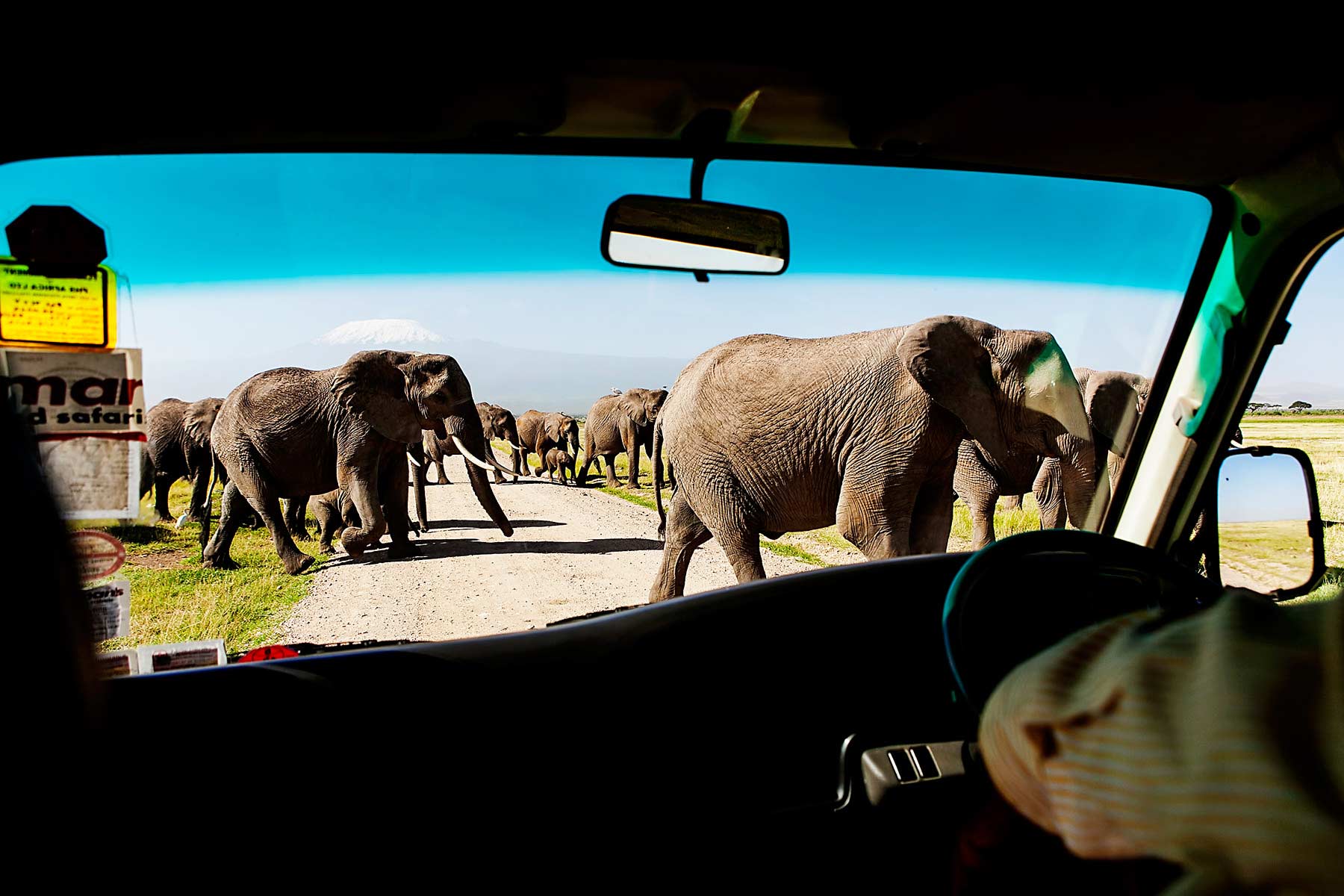 For example, the 3 days amboseli national park camping safari highlights Guide, are likely to be:-

The 3 Days Amboseli safari package is an ideal short safari to view the herds of elephants and Africa’s highest mountain- Mt Kilimanjaro standing at 5895m asl.

Amboseli national park is Kenya’s second most popular game park, after Masai Mara, the Park is home to an abundance of wildlife, including buffalos, leopards, spotted hyenas, giraffes, antelopes and cheetahs.

Over 300 bird species can also be spotted in the game park.

Amboseli lies immediately north-west of Mount Kilimanjaro, on the border with Tanzania. The Park covers 392 square km, and forms part of the much larger 3,000 square km Amboseli ecosystem.

Amboseli is famous for its big game and its great scenic beauty – and the landscape is dominated by the towering Mount Kilimanjaro.

Amboseli lies immediately north-west of Mount Kilimanjaro, on the border with Tanzania. The Park covers 392 square km, and forms part of the much larger 3,000 square km Amboseli ecosystem.

Wildlife: Amboseli has over 80 different mammals to be found ranging from the tiny (and rarely seen) spectacled elephant shrew to the huge bulk of the African elephant. Few visitors will go home without superb elephant pictures with Kilimanjaro as a backdrop. There are over 400 bird species.

3. How to get to Amboseli National Park

Getting there – By Road: The main road into the park is from Nairobi via Namanga (240 km) on the Nairobi-Arusha Road, via Meshanani Gate. The road is tarmaced up to Namanga but is murram from Namanga to Meshanani Gate (75km).

The other road is via Emali (228 km) on the Nairobi- Mombasa Road. The road is tarmaced up to Emali and murram from Emali to Remito Gate (64 km) Access from Mombasa is mainly through Tsavo West via Kimana (Olkelunyiet) Gate.

By Air: The Park has an airstrip at Empusel gate. There is also an airstrip for light aircraft at the Park Headquarters (Olekelunyiet). Other airstrips exist at Kilimanjaro Buffalo Lodge and Namanga town.

Where to stay – Amboseli has a range of accommodation to suit all budgets, tastes and interests. There are very basic campsites where one can pitch a tent and sleep under canvas in the wild, well appointed safari lodges, luxury tented camps with large, fully furnished tents, small private camps for your exclusive use and much, much, more.

DEPARTURE/RETURN LOCATION
Nairobi
DEPARTURE TIME
Please arrive by 10:15 AM for a prompt departure at 10:30 AM.
INCLUDED

Discover amboseli national park in a 3 days park safari to see the wild African elephants and the view of mt kilimanjaro.

Pick up from your Nairobi hotel in the morning drive to Amboseli national park which is famous for its scenery with a backdrop of snow-capped Mount Kilimanjaro, which dominates the landscape, and open plains. arriving in time for lunch ,check in at Sentrim luxury tented camp ,have lunch and a short rest . Afternoon game drive at the park later Dinner and overnight at Sentrim luxury tented camp.

Early morning game drive return back to camp for breakfast . after breakfast Full day spend in the park with packed lunch in search of its popular residents like the well known predators and their opponents like the Zebra, Wildebeest, Giraffe, Hippo with a view of Mt Kilimanjaro .Later return to your camp for dinner and overnight at Sentrim luxury tented camp

Early morning game drive with a visit to Masai village return back to your camp for Breakfast. After breakfast, game en-route out off Amboseli and drive to Nairobi arriving in time for lunch. Lunch at carnivore afterwards drop off at your respective hotel. You can also take a longer Amboseli trip here: Amboseli – Tsavo west Safari.

Amboseli National Park is in southern Kenya. It’s known for its large elephant herds and views of immense Mount Kilimanjaro, across the border in Tanzania. Observation Hill offers panoramas of the peak and the park’s plains and swamps. Varied wildlife includes giraffes, zebras, cheetahs and hundreds of bird species. The western section is dominated by vast Lake Amboseli, which is dry outside the rainy seas 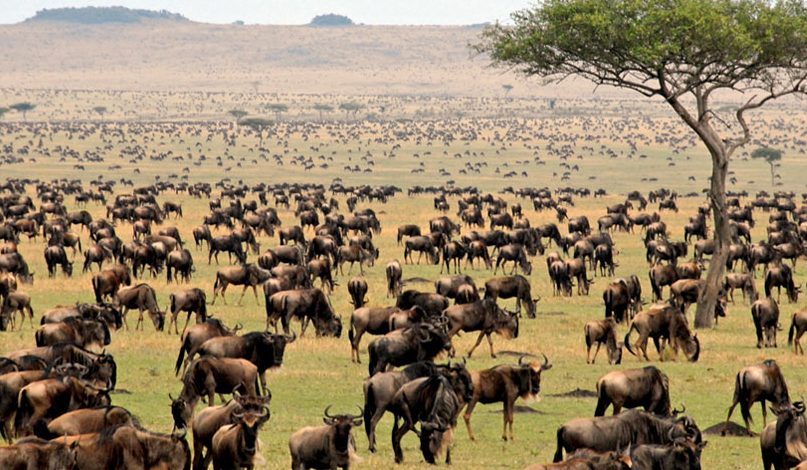 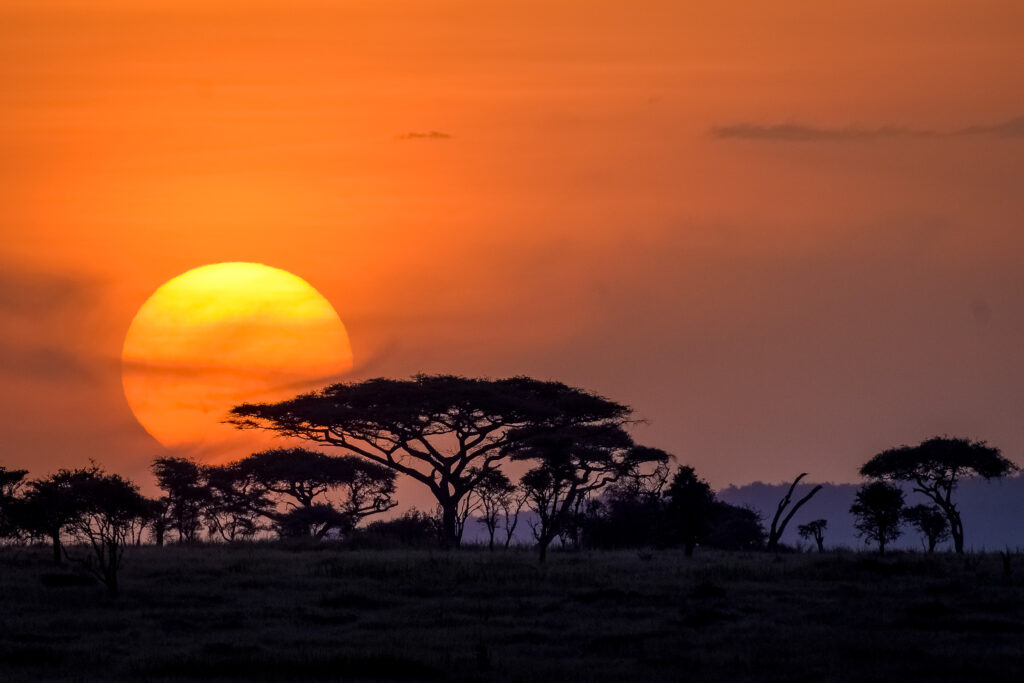 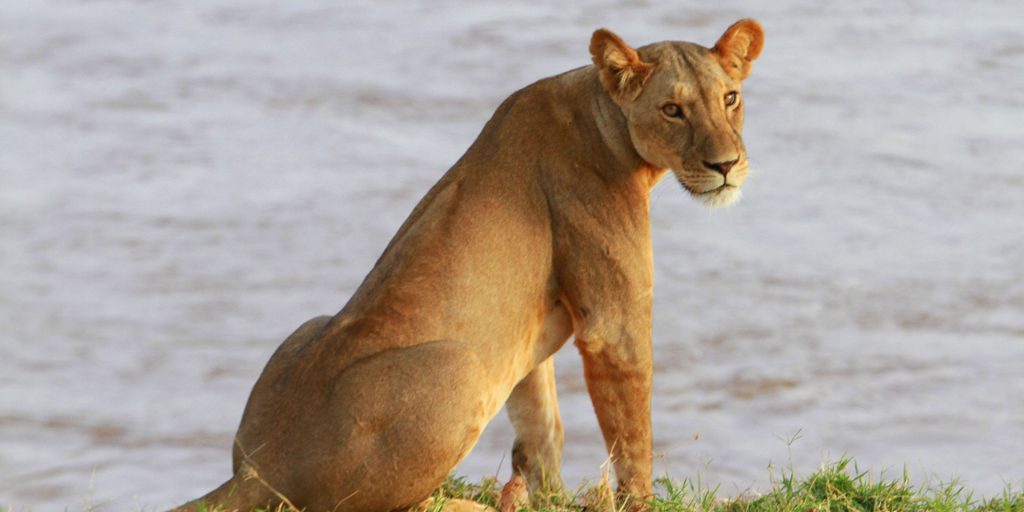